How Much Money Does An Independent Adjuster Make? 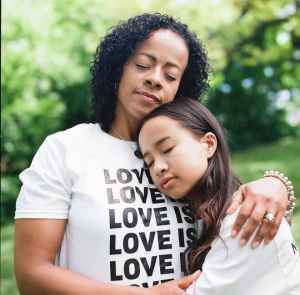 How Much Money Does An Independent Adjuster Make?

How much money does an independent adjuster make each year in regards to salary and hourly rates? First thing first, there are no guarantees when it comes to independent adjustments. Every company varies from the other, and each state pays differently according to the job. However, there is a little industry secret about working with smaller firms, like Pacesetters or Hartford consultants, that may surprise you. Smaller companies tend to pay independent adjusters a little bit more. Now how much more is hard to determine, but keep in mind, that smaller companies may not have as much work as large firms.

State Farm and Allstate are the two biggest insurance companies. It is believed that State farm owns sixty percent of the market, whereas, Allstate about half of that. Although it is said that both together own sixty% of the market share yet state farm is twice as big as All-state.

Here is the second thing you should note, you might be working hourly or you could be on a salary basis. If you are a salary-based worker, you are not worried about the deployments. But if you are hourly, you might not have the rope or your harness certifications. So, you are making a certain amount of verses.

You might be with the property, rope, and harness certificate so you are going to get paid a little bit more because of that. You also might have decided to be paid on a fee basis. And with the fee base, you get a percentage of each claim.

Now let’s get to the amounts rates.

If you are an adjuster there is going to be an hourly rate and again, they are going to differ.

If you look at Auto, you are going to make $25 an hour, plus overtime which means you are working probably about 11 hours a day.

Not to mention that all that equipment that you are going to buy, your insurance company, or the firm you work with, Whirley’s the Brim Froze, would have you. They might be able to provide some of that equipment for you so that you can save some big bucks for yourself.

How does the fee schedule work?

However, you can see online that the average flood claim is $39000 and this is according to ‘bankrate.com’. But most of the property firms’ claims which are going to be for the roofs, about 80% of them will pay the most because the roof may be damaged a lot and can be bent due to rain or storm.

Now how much of that you would make? That’s the real question. If you take a look you would see that the average property claims to claim is $10,000. The fee paid out from the insurance company to the firm is a hundred and seventy dollars ($170). 60% of that would go to the adjuster and 40% of that will go to the IFR. So, the adjuster will get $582 and that’s just for one claim.

As an adjuster, you are probably going to work about three claims a day. So, that’s going to be $2000 a day. Now that’s only if you work property.

I hope now you would have some idea about the claims adjuster’s salary.

Are you worried about your GEICO Careers Interview? Read this article to help you with your interview.