How Insurance Adjusters Are Handling Reopening?

How Insurance Adjusters Are Handling Reopening?

How insurance adjusters are handling reopening? For months, Dr. Jewel Crawford and her 101-years old mother labored to maintain their home and update it to match their growing family needs in Jonesboro, Georgia – painting bamboo wooden floors, appliance updates, and finishing the basement. From great-grandchild to in-laws, everyone was enjoying the home. But two months after a new refrigerator was purchased (in March 2020) and while the family was away, the water supply broke and caused a huge water discharge destroying the house.

But the Crawford’s said that it was just the beginning of their nightmare. The claims adjuster for their insurance company, they said, denied the claim without ever viewing the damage. They said that he balked at the cause of loss and how long the water had been there although the plumber stated it was a discharge from a rupture which should have easily been covered by the policy.

The adjuster sent a vendor out who took pictures of the floor but not the refrigerator; in fact, the vendor took a few pictures in about six minutes and left without even touching or investigating the refrigerator. All of this was adding more stress to their life than the water damage did, and they couldn’t take it anymore, said Dr. Crawford, who works as a physician in her practice.

The family took the advice from a relative and hired their church member who is a public adjuster to assist in the claims process. As a result, “the insurance company became more cooperative,” said Dr. Crawford. Almost immediately, Dr. Crawford said, they received $10000 for personal items, and the insurer eventually provided a certain amount towards rebuilding and repairs, far more than the $35,000 they said was offered initially. She remained in the home without the money for the repairs. 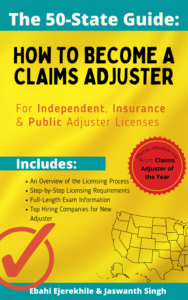 Public adjusters have been around for at least a century helping people who have suffered property damage negotiate better settlements with their insurance companies. According to The New York Times, public adjusters “got their start in the early 1900s, helping immigrants in New York navigate policies through language barriers”. However, no one knows exactly how they got started, and generally the majority of consumers and many insurance professionals don’t know they exist.

“Commonly, you learn about one when you need one”, said Ebahi Ejerekhile, Senior Claims Representative for Georgia, Maryland, Illinois, Ohio, and Washington with Metro Public Adjustment – the nation’s largest public adjusting firm. “Worthwhile? Yes. But does everyone who has suffered a substantial property loss – be it from smoke, water, or rain – need one?” The public adjuster, who sees themselves as advocates for the client leads clients through mounds of paperwork to achieve successful settlements typically maximized per policy language

But some critics (some of whom are former employees of insurance companies) see public adjusters as ambulance and storm chasers seeking to profit from others’ misfortunes. Critics’ complaints focus on high commissions – usually 30 to 35 percent of the total settlement but sometimes higher. Dr. Crawford, however, called the 35% percent fee she paid reasonably. “These guys became our personal angels,” she said.

Other critics believe public adjusters show up just after a disaster and persuade homeowners to sign paperwork. While their house is still smoldering,’ said Kirk Hansen, director of claims for the Alliance of Americans Insurance, a trade group in Downers Grove, Ill” (qtd. in Halpert). One example includes firefighters having to swoon public adjusters away. In fact, “Tom Walters, assistant vice president for claims at the Legion Insurance Company and a volunteer firefighter said, ‘they come snooping around trying to pitch a pile of goods’” (qtd. In Halpert).

For consumer protection, forty one (41) states, including New York and Hawaii require public adjusters to be licensed with continuing education credit requirements on an annual and bi-annual basis. The requirements include a proctored examination or mandatory training. According to Georgia’s Department of Insurance, a mandatory 40-hour course is required before completing the licensing process. In Florida, adjusters must complete a 6-month apprenticeship.

Some state insurance commissions – an elected position in most states – have clamped down on public adjusters soliciting at night – although they haven’t claimed down on non-licensed adjusters soliciting business since these individuals aren’t registered with the state and therefore can’t be regulated. Other states like Pennsylvania and South Carolina allow the homeowners to rescind the contract within 3-5 business days. “’ We think it’s necessary to provide additional consumer protection in this area’, said Christopher Goetcheus, a spokesman for the Massachusetts Division of insurance” (Qtd in Halpert).

He believes in most instances, consumers may not need a public adjuster because a majority of consumers are pleased with settlements from insurers. However, the chief of the consumer services bureau for the New York State Department of Insurance, Salvatore Castiglione, said, “public adjusters were an asset to many consumers who may not have an ally in their insurance company” (Qtd in Halpert 2001). Since it is the fiduciary duty of the insurance adjuster to protect the insurance company’s money, instead of barring them from practice, the solution for New York was to regulate and monitor adjusters including establishing essential consumer safeguards.

This is your Smart Claim Tip of the Week, “But It Won’t Match!” I hear this every single day. Most people are under the impression 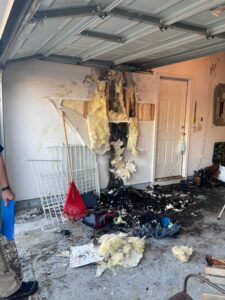 Summer time. Time to Grill. Here’s what public adjusters see on a daily basis… people have their grill or their fire pit, just a little too 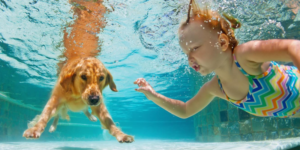 What Adjusters Need to Know about Summer Home Insurance Claims

Right about now… Like you, people are moving outside and getting closer to setting up their outdoor living area. Where can the damage happen? The

How to Get Insurance to Pay for Roof Replacement 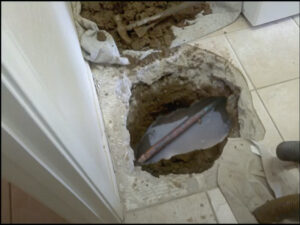 On the slide in front of your right there, is a picture of a pipe beneath the bathroom floor in a building on a slab.

The Basic procedures in filing an Insurance claim From the time you report your loss to the time your claim is resolved, there are a